It started as a solution for two brothers to stop their customers from making illegal copies of their software to be one of the most destructive things on your computer.

The brain virus is the first computer virus made by these brothers, and as of today, there are a lot of computer viruses that are hard to deal with, even with cyber security services.

Here are the Top 8 Most Destructive Computer Viruses in History that cost billions of dollars and give cyber security services headaches.

It was created in 2004; this worm virus spread by mass emailing. The cost of damages is roughly $38 billion, which today is equivalent to $52.2 billion.

It still generates one per cent of 3.4 billion phishing emails sent today, each day. Users would receive a file with the subject “Mail Transaction Failed.” Its goal was to bring down websites such as Google and Lycos.

It managed to pull Google out for nearly a day. Unfortunately, they never caught the creator of this virus.

The next on the list is another worm virus; founded in 2003, this virus damaged about $30 billion worldwide, including Canada, Asia, the US, and the UK.

This virus spreads via shared network drives and email. It also attempts to acquire other files on Geocities’ websites. Research about the Virus indicated that Ruslan Ibragimov and his team made the Sobig virus in Moscow, Russia.

This worm virus manages to cost nearly $20 million in damages.

In 2001, this virus infected about 7.2% of all computers by sending fake emails with attachments and spread to the user’s network. In addition, it managed to send other copies of itself to the contact list on the user’s computer, spoofing senders.

Others speculated that it originated in the Guangdong province of China.

In 2000, Onel De Guzman, a college student in the Philippines, made this virus. It managed to spread and cost $15 billion in damages.

It seems like a typical love letter emailed to you with a file attached to it; when opened, this attacker distributed copies of itself to every email address in the contact list of the user’s computer.

This virus is a ransomware virus; when you download this file, it takes over your computer, keeps your file hostage, and asks for ransom money to take your files back.

This virus damaged about $4 billion and caused businesses, government organisations, and hospitals that couldn’t pay the ransom; huge losses and was forced to rework their programs and systems from scratch.

It was thought to be the work of the Lazarus group of North Korea, but it is never confirmed.

Causing an estimate of $3 Billion in damages when it hit the web in 2007, this virus is an online theft tool used to transfer money to a secret bank account. Many members are behind the virus, mainly in the US, and more than 100 were arrested in 2010.

Another worm on the list, this virus managed to take over about 975 000 hosts and cost an estimated $2.4 billion in damages.

It was the first massive, multi-threat attack on business networks to be successful.

Ryan Permeh and Marc Maiffret of eEye Digital Security identified and investigated the Code Red Virus, which took advantage of a weakness reported by Riley Hassell. They called it “Code Red” since, at the time, they were enjoying a can of Code Red Mountain Dew.

The last one is another worm-type virus to top up the list. Its damages cost around 1.2 billion dollars in 2003 across 200 thousand computers.

The Slammer worm was particularly damaging to banks in the United States and Canada, putting ATMs offline in several places.

Customers of the Imperial Bank of Commerce in Toronto could not access their money. David Litchfield, a security expert, initially discovered this virus.

If you want to prevent these viruses from affecting your computer, you should check out Cyber security services. It can offer excellent protection for your files and data. 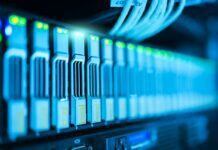 Why You Should Get Root Access on Your VPS Hosting 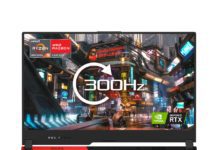 Advantages and Disadvantages of Gaming Laptops 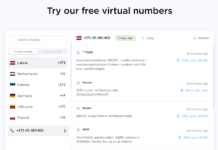 This is a rather important one 0x0 0x0 is an opcode. 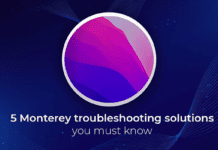 5 Monterey troubleshooting solutions you must know 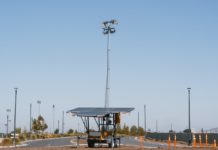 What are the benefits of solar batteries?