Researchers have concluded that e-cigarette use is less hazardous than tobacco smoking, which has resulted in an exponential surge in the use of e-cigarettes in recent years. A new study shed additional light on the health impacts of e-cigarettes and provided doctors with more knowledge to assist their patients in making the best health decisions possible.

While it can be a bit blurry to define e-cigarettes as a whole as it is relatively new and few pieces of research have been attempted in its regard, nicotine e-cigarettes by Smokefree Clinic is one of the few effective quit-smoking aids on the market.

Get Rid of Smoking

Tobacco usage kills around 7 million people per year around the world. By 2030, if the global smoking trend does not change, more than 8 million people will die each year from diseases caused by it.

So, it’s no secret that people should stop smoking. But, while it can sound so easy, the truth is, it’s quite challenging. Each year, fewer than one out of every ten adult cigarette smokers succeeds in quitting.

Many thousands of people have already stopped smoking with the help of an e-cigarette. Moreover, there’s growing evidence that they can be effective.

E-cigarettes are usually heavily controlled by the government for safety and quality. Although they’re not entirely risk-free, they’re more regulated than smoking. In addition, e-cigarettes do not release carbon monoxide or tar, two of the most unsafe elements detected in tobacco smoke.

While it can be very addictive to intake nicotine, it is also reasonably safe, unlike most people think. The hazardous thing about tobacco is the thousands of additional compounds it can emit through the smoke.

Cigarette smoke can have a longer effect on the nearby environment. If you’re within reach of smoke during 30 minutes from exhaling, you’ll likely smell the after-effects of it. But, unlike cigarette smoke, exhaled vapour does not linger long enough. In fact, it can only last seconds in the air, so the air quality isn’t compromised.

Aside from worsening the effects of second-hand smoking, it can also penetrate to furnishings and materials in a room, leading to a smoke-filled odour after-effect.

The effects of second-hand smoking have been studied for many years. The findings reveal that smoking is and continues to be extremely dangerous to smokers and others around them. Tobacco smoke contains about 7000 compounds, including around 70 recognised carcinogens.

When it comes to second-hand vapour, vaping, on the other hand, has been demonstrated to pose fewer dangers. There’s still a lot one does not know about vaping, but all current evidence shows that second-hand vapour has negligible effects because vapour evaporates quickly, making it much safer for those around you when you vape.

Most e-liquid brands provide various nicotine strength options, allowing you to regulate your nicotine intake daily. It means you may gradually lower your nicotine dosage in a way that suits you, which isn’t always the case with tobacco cigarettes.

By gradually lowering your chosen nicotine concentration, you can more easily fulfil your cravings and gradually reduce your overall intake until you are smoke-free! 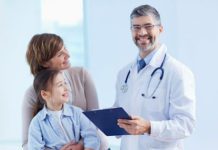 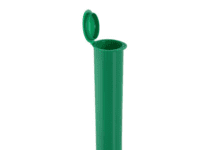 Why You Should Use Pre-Workout Supplements