In 1948, the original Papa John’s owner started the business out of a closet. He continued to be one of the largest shareholders for many years. However, following several very public incidents in 2017 and 2018, he stepped down as CEO and later as chairman. This has led many people to wonder who owns the restaurant chain and who will guide it into the future?

Papa John’s is a publicly traded company listed on the Nasdaq exchange. That means that a large number of shareholders own the company. However, like private companies, most public businesses are largely owned by institutional investors, mutual funds and similar entities.

The five largest owners of Papa John’s are The Vanguard Group, Inc., T. Rowe Price Associates, Inc., Starboard Value LP, BlackRock Institutional Trust Company, N.A. and Jackson Square Partners, LLC. Together, they own just over half of the shares in the company as of the 2021 filings by Papa John’s.

Conversely, the founder owns less than 4% of the total company. Although this still places him in the top-10 owners, he is no longer a major driver for the business.

The reframing of ownership and leadership in the company is perhaps best represented by the new Papa John CEO, Rob Lynch. Following the founder stepping down, he was replaced by his hand-picked successor, Steve Ritchie. For a lot of shareholders and the public, this was a less-than-ideal change. Thus, in 2019, the company replaced Ritchie with Lynch, formerly president of Arby’s.

This change has helped to boost the company’s image by moving away from its troubled past. He has also made inclusiveness a major theme of the company, both internally and externally. Even the menu has been changing to better reflect the brand’s modern values.

Similarly, the 2019 addition of Shaquille O’Neal as a director and spokesperson has helped to boost the brand image. Overall, things are looking up for the pizza restaurant chain.

Perhaps the most famous update to the menu under the new Papa John’s CEO has been the release of the Papadia. This half-sandwich, half-pizza meal is a new take on what pizza restaurants offer. It is bringing the deliciousness of pizza to the lunch table. Shaq helped to boost the success of the Papadia with some popular advertisements.

Additionally, the company has started to focus more on its vegan, gluten-free and other diet-inclusive options. While Papa John’s was once mostly known for cheesy ads during football games, it is now working hard to become a more innovative and inclusive brand. For many people, this is a sign of good things to come.

Papa John’s has been a staple of the pizza industry for years. It has some great pizza offerings and an ever-changing menu. With the addition of new faces to the company’s leadership, the brand is working hard to move away from unfortunate incidents of the past and into a future filled with new ideas. Learn more today. 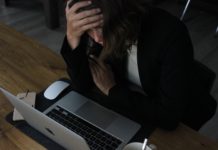 5 Signs and Symptoms of Too Much Stress 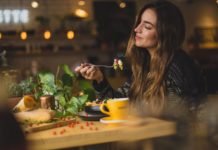 5 Steps to Help Prevent Digestive Problems as You Age 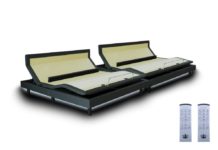 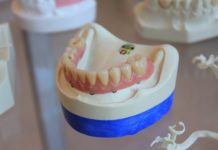 Done-In-One Implants: How Do They Work? 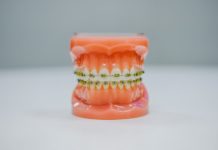 3 Things That Influence Your Invisalign Bill