The world we live in is full of surprises, each year we experience rise of new technology among us that has derived our lives faster and made it simpler as well. People are now connected with each other from many distances in a short span of time via internet. Various industries opted to go for new inventions in order to groom themselves and compete with others. Livestock is another challenging industry that improvised at a higher level after cattle bookkeeping was launched, in the previous year’s livestock industry was totally ignored in terms of grooming it with latest advancement and technology. With the passage of time as the world curled itself into technology so it became mandatory to transform the cattle farming towards digital so that production of beef and cattle can be properly monitored.

Earlier there were very few people who considered cattle farming as a business, others simply ignored it as for them it was just a job for raising the cattle, feeding them, slaughtering them and then supplying meat in the market. It’s the other way round now, livestock has now become a proper revenue generating hub if carried and done properly, only those who have the proper knowledge of it can enjoy huge chunks of profits from it. Earlier the cattle record keeping was done by the farmers manually that tends to be a very hectic workout, to overcome this hurdle cattle bookkeeping was designed to make workload easier. This bookkeeping is designed in such a way that once you enter the information of a specific animal it will be automatically saved in to a particular array and in this way you can save huge data of your cattle in just fraction of seconds. In the past human labor was responsible for doing all the farming activities of the cattle and ensuring their safety from the time the calf was born till the time it was nourished, grown and ready to be slaughtered.

Cattle bookkeeping was designed after detailed survey that conducted by visiting various cattle farms and talking to various farm owners and companies, each of them was facing the same problem of manual bookkeeping for their cattle. Therefore, it was decided to design this bookkeeping for them with multiple features that will enhance their daily activities of cattle management. The fields designed in this bookkeeping ensures the safety of your data and its search tab works like a lightning struck from the in a sense that by entering the short keys or specific cattle id number it displays you with the result of that particular cattle on your display screen. The bookkeeping system was integrated with the system portals, this in return also gave live coverage of activity performed by each animal during different time intervals.

Cattle bookkeeping proved a great blessing to many cattle owner and cattle management companies, their tasks were simplified and their daily operations were carried smoothly which gave them fruitful results in the form of high profits. The best thing about this bookkeeping was that its features were user friendly and easy to understand so most of the livestock companies trained their employees of using this bookkeeping. As a result the employees devotion in their work was maximized and their skills of using this bookkeeping and maintaining the record was enhanced. Furthermore, the bookkeeping system was integrated with cattle owners smartphones so that they can easily view the progress of their cattle from anywhere in the world.

As the demand of cattle bookkeeping accelerated in the market, various livestock companies and owners came to know the benefits of using it and accordingly they started to place their orders to integrate this bookkeeping system on their portals. I.T companies were flourished with handsome money they were getting from the clients and they were also gifted with big chain of clients that earned them a great fame and fortune. 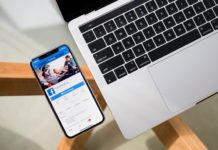 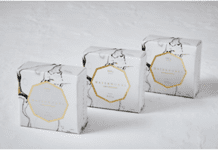 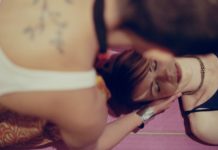