For excellent reasons, Microsoft has been the recipient of a lot of criticism in recent years for its lack-luster first-party output, but for the first time in many years, things are starting to look upon that front.

Thanks to the flurry of acquisitions by Xbox Game Studios and a larger specialize in providing a lot of first-party content for Game Pass, the future for Microsoft’s first-party studios looks bright.

With next-gen right around the corner, all of us have all sorts of wish lists in our minds, and most of them, of course, is all about the thing that matters most the games.

Some of the games we’ll be mentioning are obvious picks, the kind that will inevitably show up sooner rather than later, while others will be more out there, as hopes and dreams go.

Halo will, of course, be a serious presence on Xbox Scarlett it’s launching with consecutive huge Halo title, but we’d like to see more from the franchise on the console than simply inject games.

Halo Wars started as an interesting strategy offshoot, and though the first game was a flawed one, it showed plenty of promise.

Halo Wars 2 made good on a lot of its potential for more than a year, rumors and speculation have been running rampant about a new Fable open-world RPG being developed by Playground Games, to the point where it’s pretty much an open secret.

That we’ll get a Fable 4 seems like an inevitability, and logic dictates that it’ll be arriving on the Xbox Scarlett- and we really hope it happens.

A well-made Fable game could be exactly the sort of open-world, narrative-driven RPG that would serve as a statement of intent from Microsoft’s first-party line-up and that’s exactly what they need. And was a much better game than any of us were expecting it to be.

Our hope is that Microsoft can still invest during this branch of Halo, and permit Halo Wars to continue its upward mechanical phenomenon with a 3rd game. 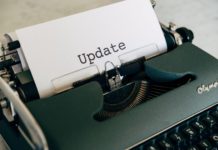 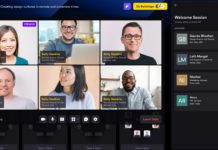 Why You Must Drink Champagne Once a Week