Mario Kart Tour is a mobile game that is a part of the Mario Kart franchise. The franchise is a racing game series that primarily stars the cast of the Mario game. Tour received much criticism since launch, especially for how much it price certain things in the game.

One of the oddest things about Tour is the fact Luigi was not part of the playable racers. Luigi is arguably the second most iconic character in the Mario franchise.

Luigi has been featured in the advertising, yet he was nowhere to be found. Some fans speculated that Nintendo was withholding him until Halloween as a cross-promotion with the upcoming Luigi Mansion 3 game.

It turns out that theory wasn’t far off. Today on the official Mario Kart Twitter account, it was announced that the game will be having a special Halloween tour that will begin on Oct. 22, and end on Nov. 5. The picture shows the mansion from the original Luigi Mansion game.

Do you feel a chill in the air and hear a howl in the wind? That must mean the Halloween tour is creeping closer in MarioKartTour! Land some tricks on the course and treat yourself to a high score from 10/22, 11:00 pm PT – 11/5, 9:59 pm PT.

Fittingly the Tweet used a photo of Luigi with his iconic death stare; the death stare is an intense facial expression of Luigi that became a viral meme.

The Tweet said that Luigi lost his keys, and then got lost, which explains his initial absence. It’s currently unknown if Luigi is available at this moment, or if there will be an update coming very soon that will add him in the game. 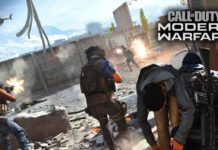