The most intricate and extensively detailed research concluded that there is a correlation between physical fitness and better cognitive abilities. The study also found out that this increase is due to its relation to white matter integrity.

This has become a common and much researched about the topic in recent years. With the modern generation being equally inclined to fitness as well as placing importance on the mental aspect of it, this research comes as a real eye-opener.

Recently, studies indicated that being physically fit can lower the risk of dementia and get rid of depressive symptoms amongst others as benefits.

Similarly, researchers have also shown that any physical activity can help to increase cognition irrespective of age, health status or even if they suffer from any impairment.

This is not surprising as many recent studies have shown a relationship between physical activity and brain functioning and its underlying effects, both positive and negative.

The lead researchers of the study, however, noted that most of the previous studies had their limitations. They explained that there were far too many variables for them to include which wasn’t possible.

For example, let’s assume in a person’s low levels of physical activity coincided with high blood pressure and in the following events if BP goes down along with the increase in physical activities. This could lead to the conclusion that cognitive functioning increased due to reduced BP.

The authors also stressed that it was wrong to only look at one aspect of cognition. Many studies in the past have only considered memory, academic intelligence and grasping capabilities to name a few.

Dr. Jonathan Repple headed the research. It has been published in the latest edition of Scientific Reports. 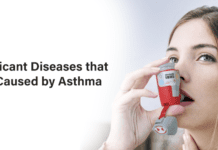 Significant Diseases that are caused by asthma 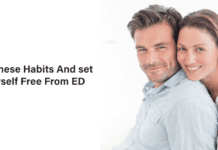